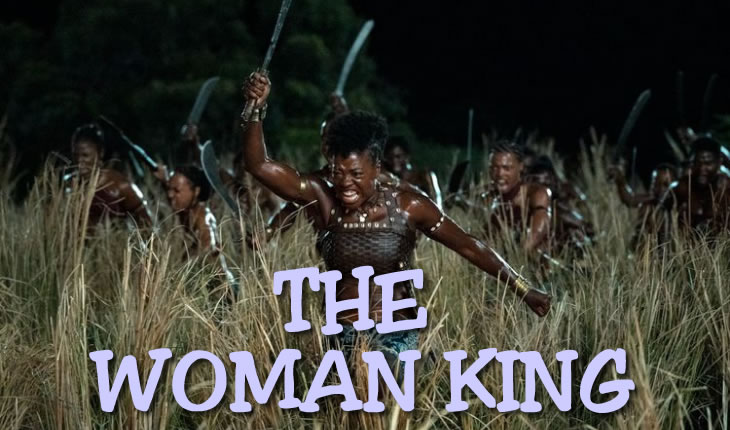 👉 ‘The Woman King‘ tells the extraordinary story of the Agojie, a unit of warriors made up only of women, who protected the African Kingdom of Dahomey in the 19th century, using their extraordinary skills and a fierceness never before seen in the world. Inspired by true events, the film follows the thrilling and epic odyssey of General Nanisca (played by Academy Award winner Viola Davis), the tough warrior tasked with training the next generation of recruits, preparing them for battle against an enemy. who is determined to destroy their way of life.

👉 One thing worth noting is the controversy that has already arisen regarding the film’s portrayal of the Kingdom of Dahomey. Many expected that the kingdom involved in the slave trade would be left out of the film, but the opposite is true. One of the film’s central conflicts is that Davis’s Nanisca boldly opposes the practice, while her king (John Boyega’s King Ghezo) reluctantly participates.

This site uses Akismet to reduce spam. Learn how your comment data is processed.

No comments to show.

🎞 Dying for a Crown

We use cookies on our website to give you the most relevant experience by remembering your preferences and repeat visits. By clicking “Accept All”, you consent to the use of ALL the cookies. However, you may visit "Cookie Settings" to provide a controlled consent.
Cookie SettingsAccept All
Manage consent

This website uses cookies to improve your experience while you navigate through the website. Out of these, the cookies that are categorized as necessary are stored on your browser as they are essential for the working of basic functionalities of the website. We also use third-party cookies that help us analyze and understand how you use this website. These cookies will be stored in your browser only with your consent. You also have the option to opt-out of these cookies. But opting out of some of these cookies may affect your browsing experience.
Necessary Always Enabled
Necessary cookies are absolutely essential for the website to function properly. These cookies ensure basic functionalities and security features of the website, anonymously.
Functional
Functional cookies help to perform certain functionalities like sharing the content of the website on social media platforms, collect feedbacks, and other third-party features.
Performance
Performance cookies are used to understand and analyze the key performance indexes of the website which helps in delivering a better user experience for the visitors.
Analytics
Analytical cookies are used to understand how visitors interact with the website. These cookies help provide information on metrics the number of visitors, bounce rate, traffic source, etc.
Advertisement
Advertisement cookies are used to provide visitors with relevant ads and marketing campaigns. These cookies track visitors across websites and collect information to provide customized ads.
Others
Other uncategorized cookies are those that are being analyzed and have not been classified into a category as yet.
SAVE & ACCEPT